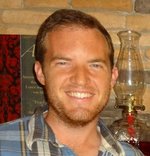 ​Mr. Loftis currently serves as the Director of Instrumental Music at Westminster Presbyterian Church in Rock Hill, South Carolina.  He also is the Personnel Manager for and performs on Euphonium with the Carolinas Wind Orchestra, under the direction of Dr. Lorrie Crochet.  Mr. Loftis is the current Director of Bands for the ST-Arts Summer Music Program at Winthrop University as well.